After a long battle with cancer, Adrienne’s cousin Tony’s wife Jo slipped away last week. Jo so kindly gave Poppy lots of her son Jack’s clothes and toys when she was first born. You’ll still find Poppy wearing Jack’s clothes and she loves his aquarium cot toy. GranJan & Yogi drove to Christchurch for Jo’s funeral and picked up Adrienne & Poppy from the airport as they elected to fly this time around. Here is Poppy holding her ticket for her first ever flight in an aeroplane.

She was so well behaved and didn’t make a sound or cause a fuss. She even slept the second half of the 50 minute flight, including during landing.

We all went over to Tony’s house and Poppy played with Jack (2 years old). Here they are with GranJan and with Adrienne’s Aunty Diane. 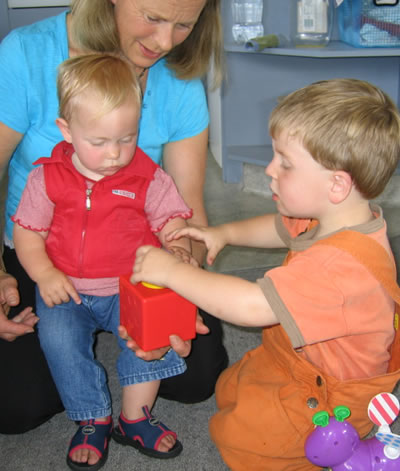 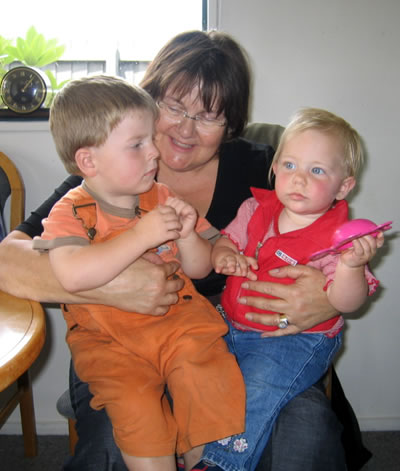 We stayed with Ann & Mark Clarkson in their new house – Poppy christened the bathtub!

The next day we got ready for Jo’s funeral. Here is Poppy in her poppy outfit with Ann & with GranJan.

Poppy was very quiet at the service and Adrienne timed her sleep well so she napped in her stroller during most of it. Here is Jo’s coffin in the hearse. All the kids decorated it as per her wishes.

Here are some family photos while at the afternoon tea after the funeral.

And here is Poppy playing with Ann’s buzzy bee on her stairs before taking another plane home to Nelson.