Although a little damp in the morning, the new upgrades to Trafalgar Park were on display including the shiny golden Webb Ellis trophy. Poppy spent some more time kicking a ball around with her football hero, Jeremy Brockie…. and asked for his autograph on her forehead like some of the older kids were doing. She was also invited to conduct the awesome Nelson City Brass Band just as the sun came out and the blue sky appeared for a lovely Nelson afternoon at the Park. 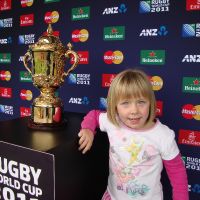 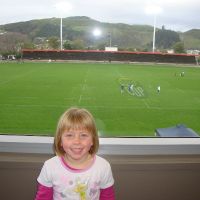 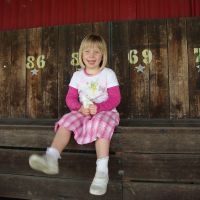 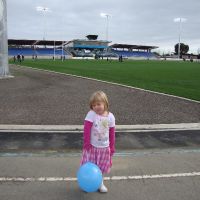 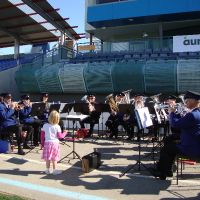 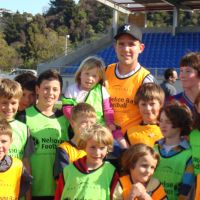 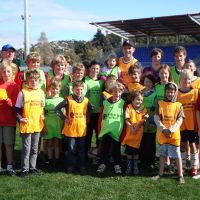 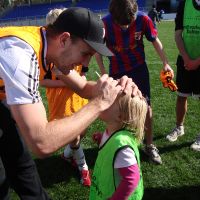 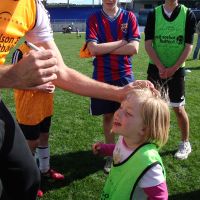 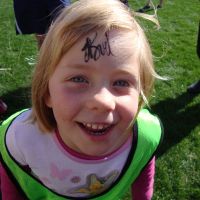